Birthday Gifts for my Grandchildren

Posted by Julie on March 09, 2019
I already this year made a unicorn for my granddaughter.

I also already made a bunny and a few outfits for another granddaughter that had a birthday last month. 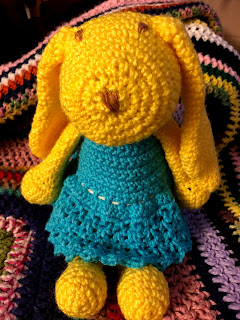 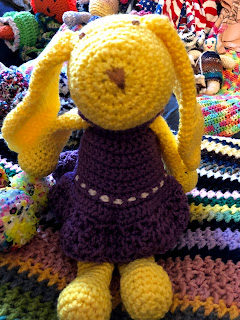 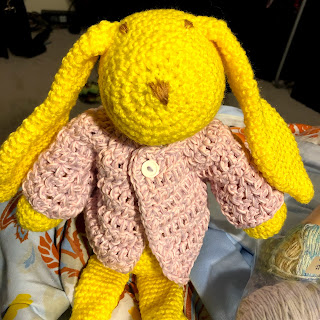 The pattern came from a book I got for Christmas from my husband a few years back, The book is Edward's Menagerie.  I don't were on the Internet he found the book, but it is published in the UK so fortunately I knew that there was a difference between UK and American crochet instructions. It is mentioned in the book that the patterns are UK instructions. 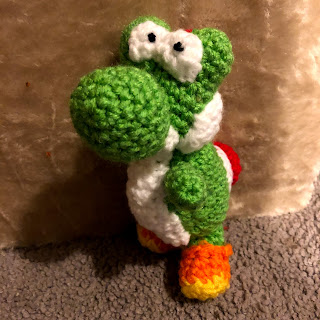 So now my grandson has a birthday coming up and I made a couple gifts for him. I found a free pattern for Yarn Yoshi on Pinterest. The pattern was not too difficult, there were just a lot of pieces to sew together. 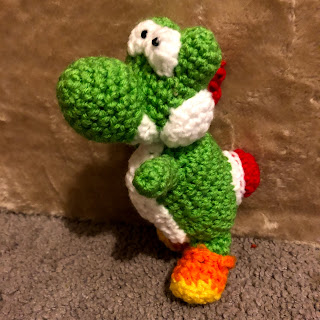 I also made a couple crochet ammonite fossils, since I know he is into nature and science, he might like these. I also found the pattern on Pinterest. This pattern wasn't too difficult either. It was a little  a little challenging stuffing it and sewing up into a spiral. 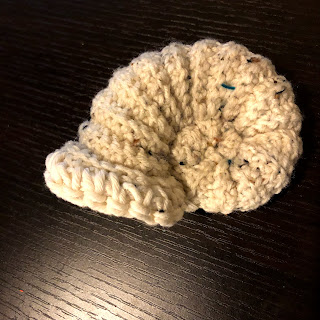 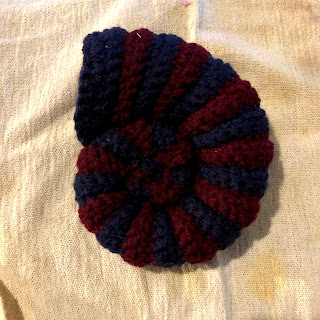