So back on January 10th I did the Broken Rib Hat post saying that I was not a fan of how the pattern was suppose to turn out. I had tried to make a hat from adapting a pattern from the 365 Knitting Stitches a Year Calendar I got from Christmas 2012. The original hat did not turn out as I wanted, so now I made another hat making the minor change needed to have the intended brick rib stitch.
I do like how it turned out. 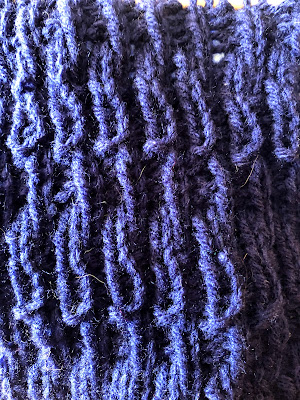 Here is a close up photo of the stitch 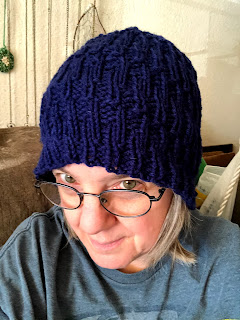 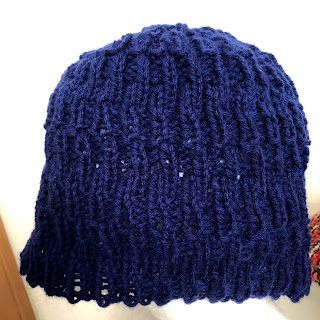 Cut off a long tail, using a tapestry/ yarn needle run it through the loops to cinch the top. Finish off the ends.