Posted by Julie on May 23, 2020
I was responding to a question in a Facebook post on our feeling about Homespun Yarn. I was surprised to se a lot don't like the yarn, at least with crochet. The overall feeling is that it was better to knit with Homespun. There are just some yarns that are better to knit with. Going back to the scarf, I did a quick search on this blog to see my past project using Homespun. I came across the Solomon Knot Mobius Scarf I did back in 2011. I read the comments and it appears that there is some confusion in the instructions. That inspired me to make this scarf again and update the instructions and include a few more photos. 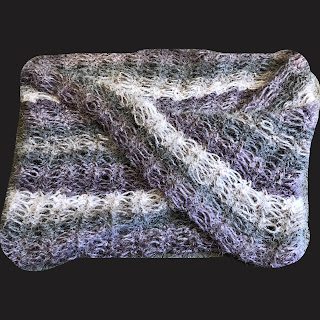 (had a little fun with a photo app) 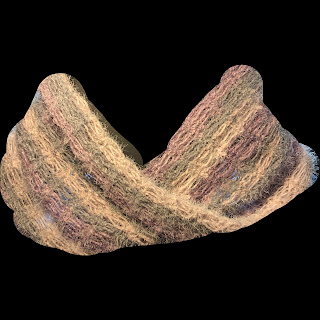 First of I did not have Homespun and used some left over Latte Cakes I had on hand. 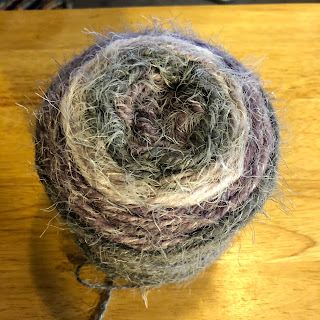 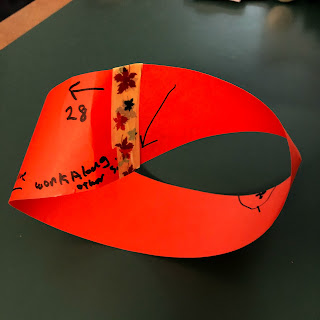 I thought I would include a paper mobius strip to help demonstrate. 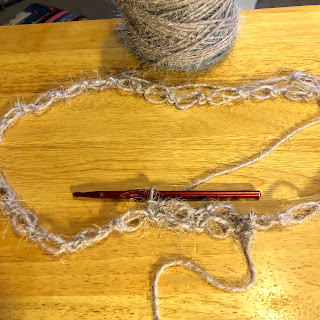 I'll also include the next three photos. 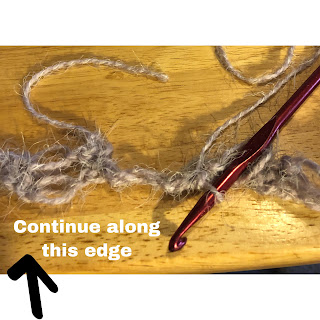 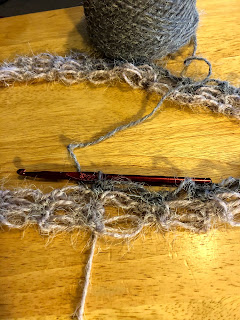 Here are the instructions from the original blog post:
Using a J hook and a skein of Homespun yarn. Make 28 love Solomon knots. Sc at the beginning knot, *make a Solomon knot, sc in the next knot* repeat until you have reached back to the beginning of the round, however at this point you are not at the beginning, you are only half way through.
Make a half twist, by working on the other side of the original 28 knots, continue by repeating between *'s. When you reach back the beginning you are going to *make a Solomon knot, sc in the next sc* and just keep going until you run out of yarn (which is what I did) or desired length. I finished by making a knot and doing a slip stitch in next sc.
So now it is time to go back to the original post and make updates.
caron yarn latte cakes crochet mobius