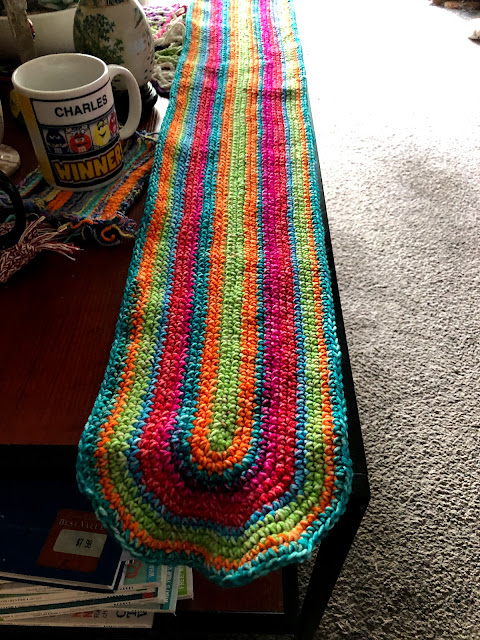 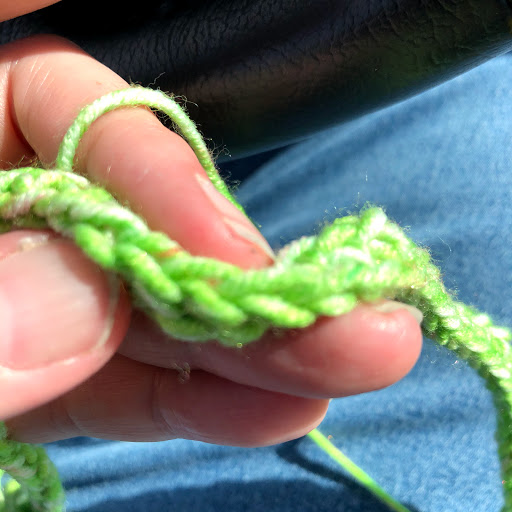 Now looking at the blue scarf I did previously. 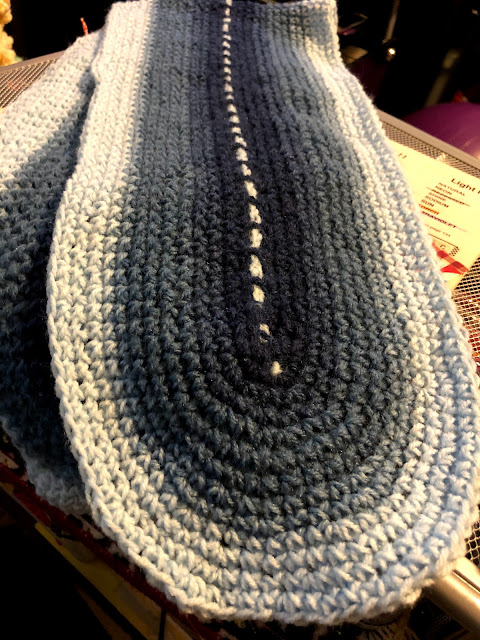 Notice that I have a light blue (look white in the photo) chain in the center. That was my fix to fill in the gap I had working on the "pretty side" of the chain.  I always had this issue whenever I had to work along the other side of the foundation chain.
I did find it a little difficult to work on the bumpy side, it was just something I was not use too. However I like the end result so much that I will likely do this for now on.
Now I know this wasn't about the pattern, but I will briefly mention how I did this.
I used a self striping yarn, which I think would look the best.
Make a chain of about 150-200 or about 6 inches or so less that the desired length. I just did not count, I just chain long enough for a scarf. in the second chain from the hook do 2 sc ( in the bumpy part of chain of course), sc along the rest of the chain until the last one, do 2 sc in that one. work along the others of the foundation chain in sc until you reach the beginning sc. Don't join, just work in continuous rounds. 2 sc in each of the next 2 sc. sc until you reach the other end. 2 sc in the next 2 sc. sc until you are back at the begging of the round. For now on increase by 4 sc around the edges evenly to get the round oval shape. I pretty much did this until ran out of yarn. I did a slip stitch just before I was about to do the oval at an end.
So I pretty much winged this project.
Here is a close up on nice it looks in the center, which is the green in the middle. 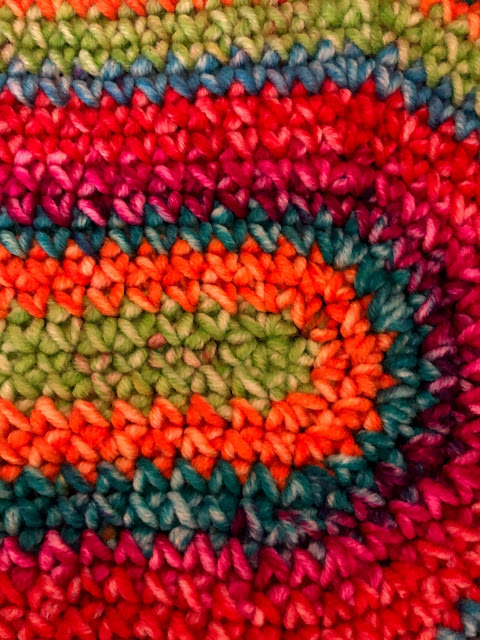